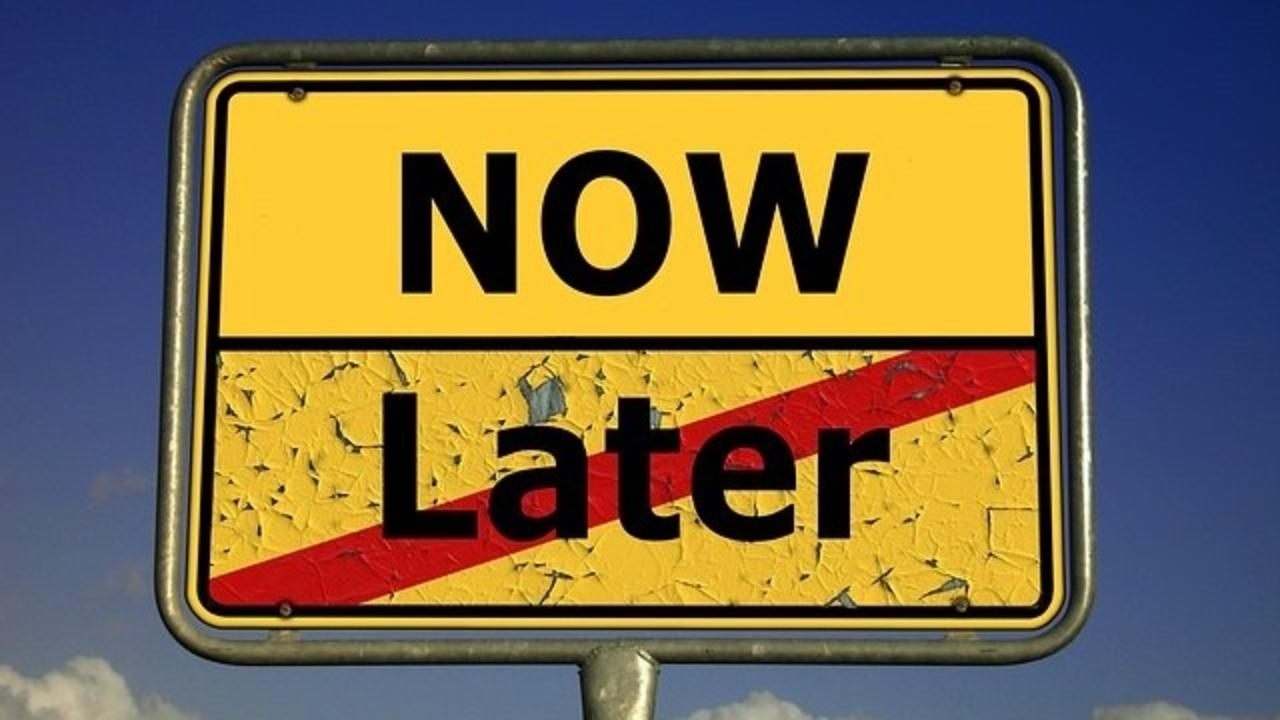 Procrastination - "the action of delaying or postponing something"
Or as the ancient Greeks called it Akrasia. As far back as Aristotle and Socrates humans have recorded observing the conundrum of 'why people do things against their better judgement'. Why do we put things off and lack in self-control?
Why do we do procrastinate?
Behavioural Psychologists put it down to rewards and time.
If you can have a small reward NOW, then that can be a  more powerful motivator than a large reward later. This is known as Time Inconsistency.
Our Future self is very good at setting goals, but it is our Present self that takes action, and our present self is motivated by what happens now.
If you stay on the couch, where it is nice and comfy, that, can be perceived as being a greater reward than the future possibility of, being fitter and healthier, should you decide to get up and go for a run.
The Present self is all about instant gratification.
...
Continue Reading...

Yes, I would like more top tips for high performers!

Why am I Not Happy? 17 Reasons and Their Respective Remedies.
Just Breathe...
How to Break Bad Habits
Close

You'll feel happier, more productive and confident than ever before!

Get it Now!
Close

Join me and 15,000+ fellow high performers on our journey to becoming the best versions of ourselves.

Just enter your name and email address below and click "COUNT ME IN!" to join us: